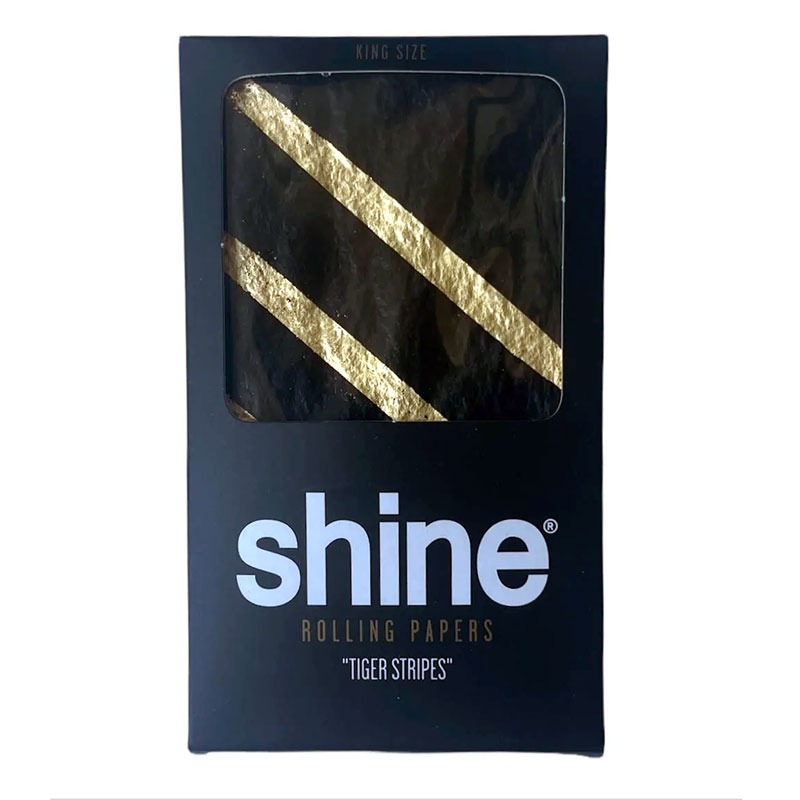 If you enjoy the bling of Shine rolling papers but wish that you could find a less expensive option, these Tiger Stripes rolling papers are exactly what you need. Made from black paper with stripes of 24-karat gold.

There’s nothing quite as much fun as rolling your smokes with a 24-karat gold Shine rolling paper. The extra attention that you get at parties when people see you puffing on a gold cigarette is also a nice added bonus. The one problem, though, is that Shine rolling papers aren’t cheap! Here’s the perfect alternative. Shine Tiger Stripes rolling papers feature stripes made from the same gold base, but the gold stripes are interspersed with paper that’s dyed black with edible ink. Less gold means that Tiger Stripes papers are a bit more affordable – but they still feature plenty of bling.

There are no reviews yet.

There are no questions yet, be the first to ask something for this product.

Only registered users are eligible to enter questions