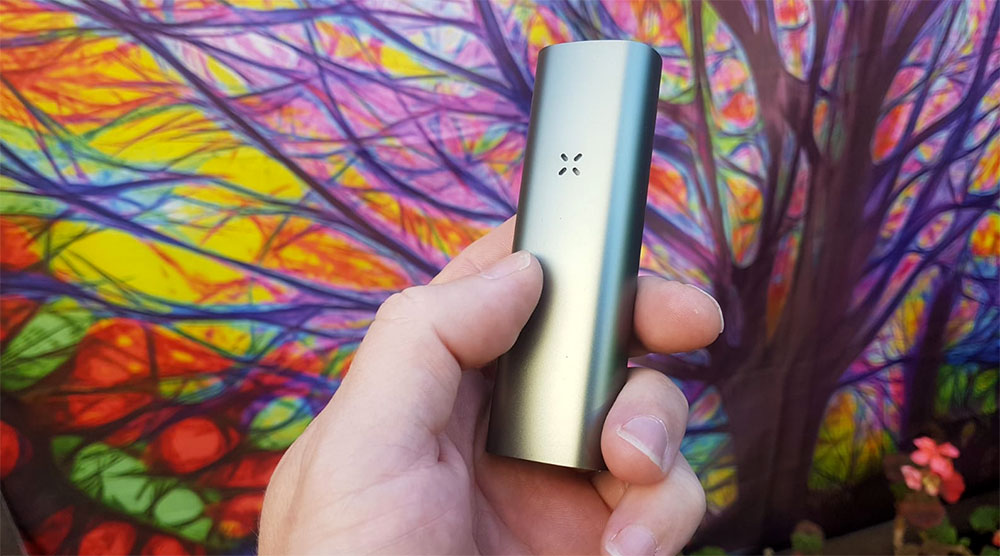 The Pax vapes have come on leaps and bounds since they first burst on the scene in 2012 as the most portable vape out there. In 2015, the Pax 2 was released making massive improvements in it’s conduction heating, the mouthpiece was upgraded sufficiently along with enhancing the vapour channel… It was well worth the purchase! Then 18 months later came the Pax 3.

At first glance you won’t notice the difference between the two. The Pax 3 is identical to its previous model. Both are incredibly small vapes and portable, easily fitting in your trouser pocket with a sleek and ultra modern design. I’m a particularly clumsy vape owner, dropping the vape near everytime i use it. So despite the odd scratch, which can’t be helped in my case, the Pax vapes are incredibly durable. They also have the same sized oven and the same temperature range, which would be expected as its portability is one of it’s most popular features. If it’s not broke don’t fix it. However… An obvious thing to note about the Pax 3 that is different from its predecessor is its price. The Pax 2 is currently on sale at Evertree at €139 while the Pax 3 basic kit is €50 dearer at €185 and then you have the Pax 3 complete kit which is on sale at €225.

Is there that much of a difference to justify the extra cost? Let’s find out.

Here are the most notable improvements in Pax 3.

The size of the oven may be the same but the quality of the oven is notably better. The Pax 3 reaches the same 4 preset temperatures –  but in half the time! That’s right, it takes no longer than 30 seconds to get going. Is it even possible to cook herbs quicker than that? I doubt it.

With waxes and oils becoming more and more popular it was only a matter of time before Pax got onboard. The Pax 3 comes with a concentrate insert backed up with the new tech to allow far longer concentrate sessions with a lot more vapour.

The Pax 3 now vibrates when it’s ready to use, making it even more efficient. This can also be turned on or off it the new app.

Bluetooth and the App

The Pax 3 comes with bluetooth enabled allowing you access to the app. What does the app do? For starters, you can name your vape….very exciting. More importantly you have extra security for your vape. If it’s gone missing or you believe it’s been stolen you can log on to see where it has last been used. Just remember that you must first enable this feature.

The app has a live temperature display and gives you access to the different dynamic modes including Boost, Stealth, Flavour, Efficiency and Standard.

A fun feature with the Pax 2 was it’s hidden party mode, although I can’t say I used it too much as I found it was a little too hidden… you roll it three times and figure out the rest yourself, sure there were instructions in the manual but I lost that long ago. Resulting in some of the hidden games being kept in hiding. Not anymore! The new Pax 3 app makes the games along with everything else far more user friendly.

The Pax 3 comes with a ten year warranty.  To see what that warranty covers click here.

Should you upgrade to the Pax 3? If you have only recently bought the Pax 2 I would say there is no rush… unless of course you have the money. The Pax 2 is still a one of the best portable vapes but there are significant improvements made to the Pax 3. If you’re in need of a purchase, the Pax 3 is worth the extra expense.